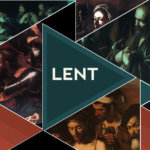 One of the most compelling stories in the Bible is the story of Peter’s denial of Jesus. This story is so important that it is included in all four of the Gospels. Have you ever taken time to think about why? Is the reason it is there to call Peter out for his betrayal or is there more? We know that it did not end there, so, Is there a message for us in how this moment of weakness did not define him?

If the story ended with the betrayal, history would have changed. The impact of Peter’s life on the fledgling church and his affect on the foundation of our current church would be drastically different. The influence he had on the church of today would probably be minimal, if not non-existent. Yet we know that Peter became that “Rock” Jesus called him to be: the rock on which the church was built. So what happened?

Peter could have tried to overcompensate for his shortcomings by being intolerant of flexibility and compromise. He could have become filled with despair and separated himself from all that reminded him of his weaknesses, but he chose a third option. When confronted by a resurrected Jesus. Peter realized that His Lord was the only one who could heal his memories. The only one who could rewrite the terrible pictures and sounds of his recent past. The only one who could free him of the quilt that overwhelmed him. This story should teach us is that only way the work of the church can only go forward is for each of us to remember that he (Peter) and we are made whole by God’s grace. It is through this unmerited forgiveness that we’re unburdened of our destructive memories and paralyzing guilt. When we choose to accept and better understand God’s love for us, we will be empowered and transformed, made ready to represent Jesus with a rejoicing heart.

·  What do you think the main point of Matt’s message was?

·  Why do you think Peter chose to deny Jesus?

· What does this story teach us about our relationship with God?

· What does this passage teach us about God’s grace and it s role in today’s church?

Do something about it:

God calls us to confess our sins, not to show us how bad we are, but to give Him the opportunity to help us better understand our need for His grace and guidance. When we confess our sins and move on, we are believing, in faith, that they are gone and no longer have power over our lives. This week allow God’s grace to free and empower you by giving Him those things that are holding you back from moving closer to Him.

← The Garden of Gethsemane The Trials of Jesus →